1870 – The Ceylon Medical College, established in 1870 during the British occupation, marking the beginning of a formal system of ‘western’ medical education in Sri Lanka, known then as Ceylon. Seventy years later in 1942 the Ceylon Medical College became the Faculty of Medicine of the newly established University of Ceylon. There were no formal arrangements for postgraduate medical training or examinations, and the Faculty of Medicine of the University of Ceylon was focused almost entirely on undergraduates.

1952 – The MD (General Medicine) and the MOG (Obstetrics and Gynaecology) examinations were held by the Faculty of Medicine. The MS (General Surgery) was held in the following year. 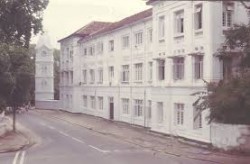 However, there was no systematic training or teaching programmes for those examinations, and the diplomas awarded by the Royal Colleges in the UK, such as the MRCP and FRCS were regarded the sole qualifications conferring eligibility for consultant posts in the Department of Health Services.

1973 – The Advisory Committee on Postgraduate Medical Education recommended to the government that an institute be established for postgraduate medical training, providing formal courses of in-service training followed by the respective examinations.

1976 – The Institute of Postgraduate Medicine came into being. It was established under the University of Ceylon Act No.1 of 1976 and was formally opened by Dr. Halfden Mahler, Director General of the WHO. Its first Director was Professor K N Seneviratne.

The functioning of the Institute of Postgraduate Medicine was seriously hampered by a lack of resources and appropriate infrastructure, and because the postgraduate diplomas of the Royal Colleges in the UK continued to be recognised by the government as an appropriate qualification for appointment to consultant posts in the Department of Health Services. With the departure of its first Director to accept a position in the WHO the Institute’s progress suffered a further setback. 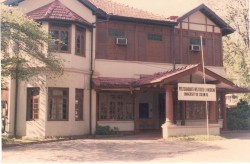 1980 – The government finally decided to grant full recognition to local postgraduate degrees for appointment to consultant posts, and the Institute, re-named as the Postgraduate Institute of Medicine (PGIM), was established under the provisions of the Universities Act No. 16 of 1978. Dr. SA Cabraal was appointed as its Director. The PGIM Act No.1 of 1980 came into force in April 1980, and  recognised Boards of Study in twelve specialties, courses of instruction and examinations were formalised. Anaesthesiology, Community Medicine, Dental Surgery, Family Medicine and General Practice, Medicine, Obstetrics and Gynaecology, Ophthalmology, Pathology, Paediatrics, Psychiatry, Radiology and Surgery were these specialties.

2012 – Professor Jayantha Jayawardana was appointed as the first Deputy Director.

2019 – Professor Senaka Rajapakse, the present Director was appointed in April 2019.

2020 – Professor S. Sivaganesh was appointed as Deputy Director in November 2020.